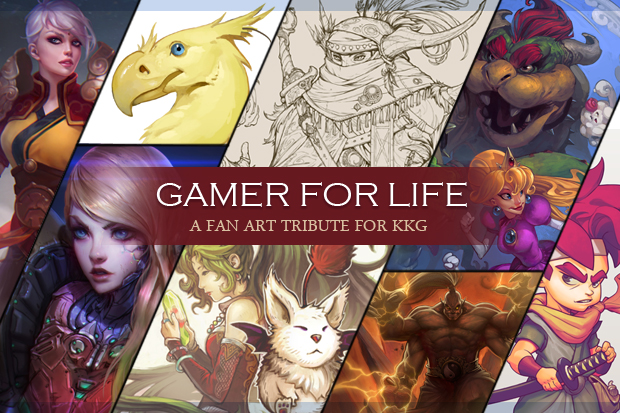 Gamers for Good (G4G) was created when a fellow gamers Liz Cooper, Peet Cooper and George Vasaliadis, realized that uniting to be of service in times of need was the best way to get some BigHearted work done!

Much like us here at BigHeartedGamers, G4G realized that there can often be too much negativity attached to the game industry and that there are loads of people who are ready to give back and to shed some positive light in the name of the game development community.

The mission of Gamers for Good is to provide charitable assistance for and in the name of gamers and to educate the general public about game development as a positive part of our society. G4G is a registered 501(c)(3) charitable company and more information about them can be found on the Gamers for Good Facebook page.

In 2012, Kevin, a game developer at Blizzard, was diagnosed with stage four Alveolar Soft Part Sarcoma, an incredibly rare form of cancer with no known cure and no clear treatment path. The founders of G4G decided that they had to do something for their friend and fellow game developer, Kevin Kenai Griffith (KKG).

This was the start of the Gamer for Life project, a beautiful art book created through a collaboration of 283 artists who donated 476 art pieces to raise funds for the fight against cancer.

Unfortunately Kevin passed away in October of 2014, before the project and beautiful book was completed. The wonderful fan art tribute book, however, will live on in his memory.

The proceeds from the fan art tribute book will be used to support Game Changer, an organization that donates games and funds for medical treatment to children with cancer and their families, and to CureASPS, the main group leading research on the type of cancer that took Kevin so early in his life. You can preview many of the art submissions on the Gamer for Life page.

In addition to the fight against cancer and so many other efforts, Gamers for Good also helped refurbish and repair donated wheelchairs for those in need, they worked to help support conservation efforts at the Bellona Wetlands, and as we discussed recently, on July 18, 2015, Gamers for Good took part in the Compton Initiative to help beautify a Compton neighborhood.

Gamers for Good is what being BigHearted is all about. If you have some time and the inclination to do some good, head on over and check out Gamers for Good. Together we can make a difference!