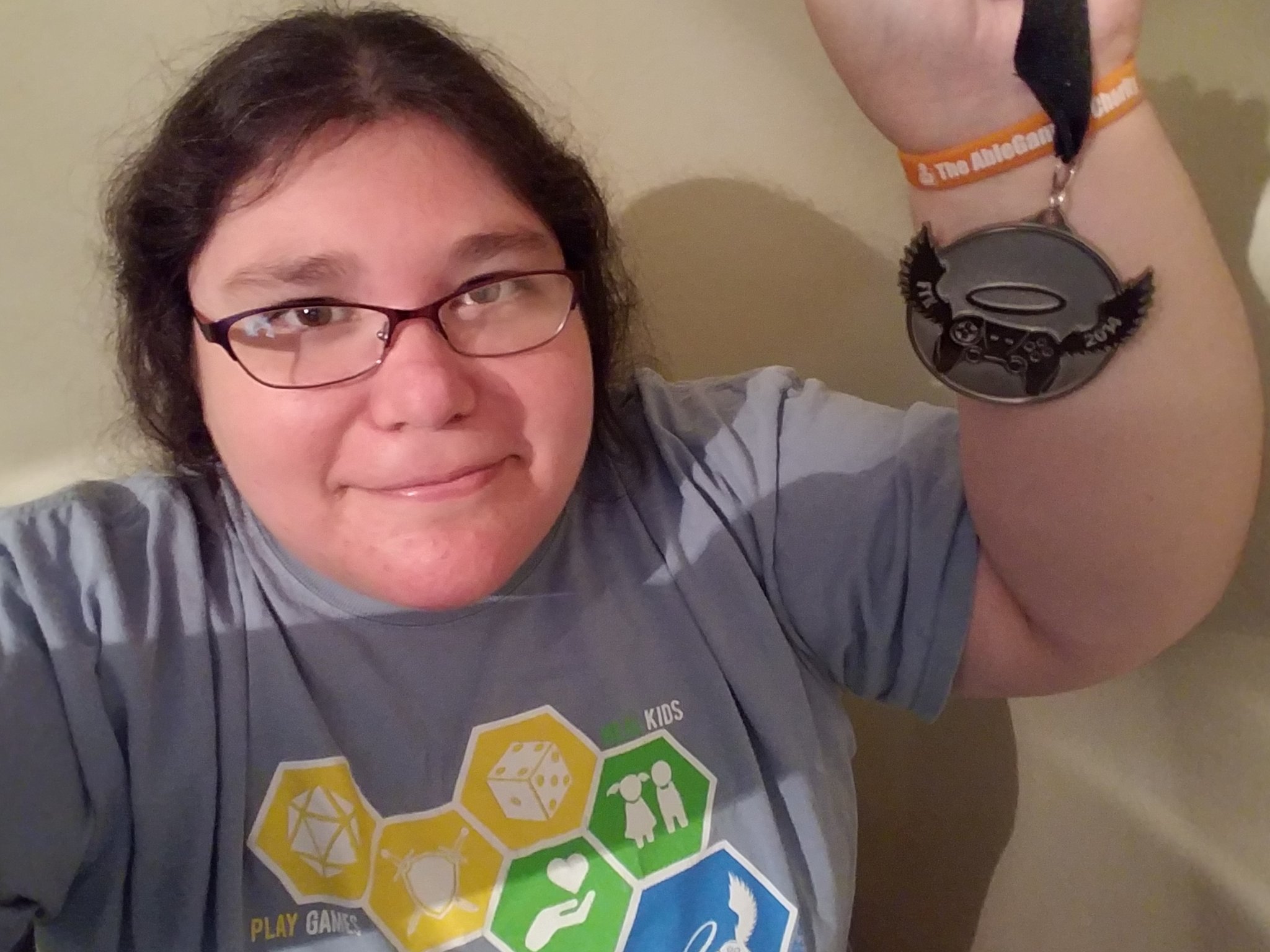 I’d have to say Halo 3. Though I had grown up playing games and had certainly played many games before it, Halo 3 was my first foray into modern console gaming. I picked up the controller on a lark and it was love at first shot. After that I’d come home from college every day and play PvP matches for hours on end.

I have participated in charity streams for Extra Life, AbleGamers, and Operation Supply Drop.

I have participated in 5Ks for the Multiple Myeloma Research Foundation out of support for my uncle who fought and ultimately passed from Multiple Myeloma, a type of cancer.

In 2013 I was part of a group of gamers creating YouTube content and one member suggested we participate in Extra Life. We all dove in eagerly, split up the 25 hours (daylight saving’s time) of streaming, and had a blast. Not only did we raise money for a great cause, we also had a fantastic time and were really able to bond through the experience.

Streaming for charity has been rewarding on multiple levels. By taking part in these campaigns I have raised money and awareness for those in need. Made a positive impact community-wide and showed that gamers are capable of amazing things. And I found a community of people that have the same values and passions I do.

My friends and I created silly, promotional machinima-style videos for our charity efforts. Our first was for MineThon, a charity event for AbleGamers . Our second and third were both for Extra Life 2015 explaining some tips and tricks to get everyone through the marathon and one to highlight our auction items and various prize incentives for donating.

My friends and I also played through Halo 1 together for Operation Supply Drop last year. We used game-based incentives to reach our goals by increasing the difficulty based on how much we raised. This proved to be a massive success as people really wanted to watch us struggle through on Legendary.

My most rewarding experiences in gaming for charity all come from being part of such an amazing community of gamers. Extra Life has a very strong community and the participants are so ready and willing to help each other out. Often times teams will donate to each other or hang out in each others’ streams to show support. In 2015, the RT SideQuest team made a very generous donation to my campaign last year and helped me earn the $200 shirt incentive.

I will never forget watching the stream of the last Extra Life United event. It was a great opportunity to cheer on those who were there and competing to raise more money for their hospitals. It also spread the word to a huge audience and allowed us to interact with people who hadn’t heard of the charity before. It united those of us watching in one place where we were able to bond. I don’t think there was a dry eye in the house seeing #DominicStrong’s story and celebrating the Children’s Miracle Network Hospital Champions at the end of the event.

Meeting my Extra Life goal of $500 in 2015 is my biggest success. I was able to earn the silver medal and I owe it all to the people who supported me. I am incredibly proud at how many people gave so generously to make it happen. It humbles me to this day.

Another silly memory happened when my friends and I streamed Halo for OSD. At one point, and I have no idea how this happened, I ended up with my spartan’s head stuck in the ceiling. It was a strange moment and resulted in a ton of laughs from the other players and our audience.

Thank you Sarah! You can keep track her endeavors with gaming for charity via Twitter and support her on her Extra Life participant page!