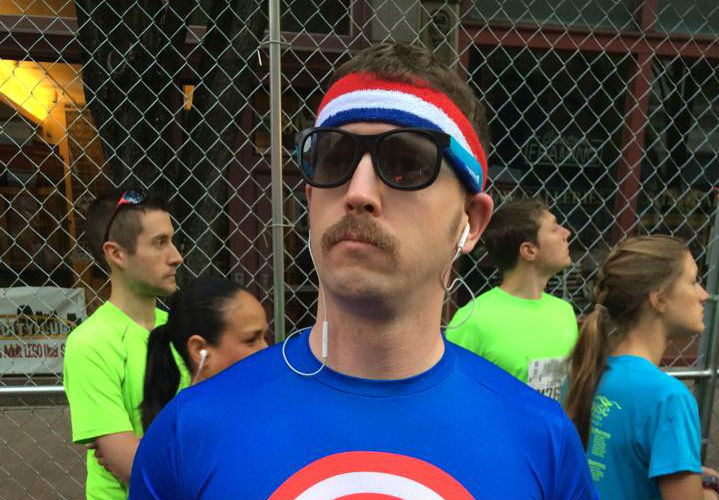 A wild Richard Moser has appeared… 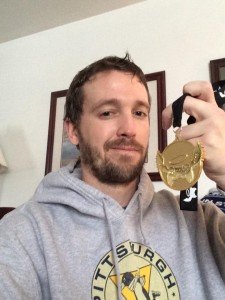 “Duck Hunt on the original NES. I was five years old, and the very first time I played it, I made it to level 37.” 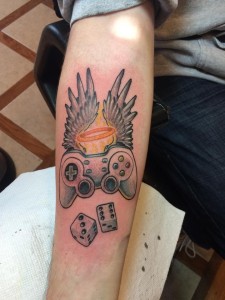 An ex-girlfriend introduced me to Extra Life. I’ve been participating in various charities since I was about 12 years old, but Extra Life was the first time I’d ever heard of video games being used as the basis for a charitable fundraiser. It was so obvious and brilliant that of course I had to do it!

“I primarily use Facebook to get the word out. Sometimes Twitter too, but the 140 character limit is a bit too restrictive for my purposes. I encourage donations by volunteering to do ridiculously off-the-wall challenges when certain milestones are hit. Think Ice Bucket Challenge, but crazier, and monthly. I’ve dyed my hair pink, shaved my eyebrows, done the cinnamon challenge (successfully, I might add), a polar plunge, gotten a few tattoos, ran a half-marathon, and more.” 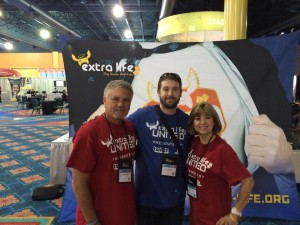 The knowledge that I’m making a tangible difference. Getting to meet the Children’s Miracle Network Champions at Extra Life United in 2014 was one of the most incredible experiences I’ve ever had. Those kids are rock stars, and to see the smiles on their faces was amazing.

One time, I ate cat food For The Kids. I no longer wonder why cats are so temperamental.

Thank you Richard! You can support Richard and his endeavors with Extra Life on his participant page. Are you a Big Hearted Gamer? We would love to hear from you! Strike a conversation with @bigheartedgamer on Twitter.