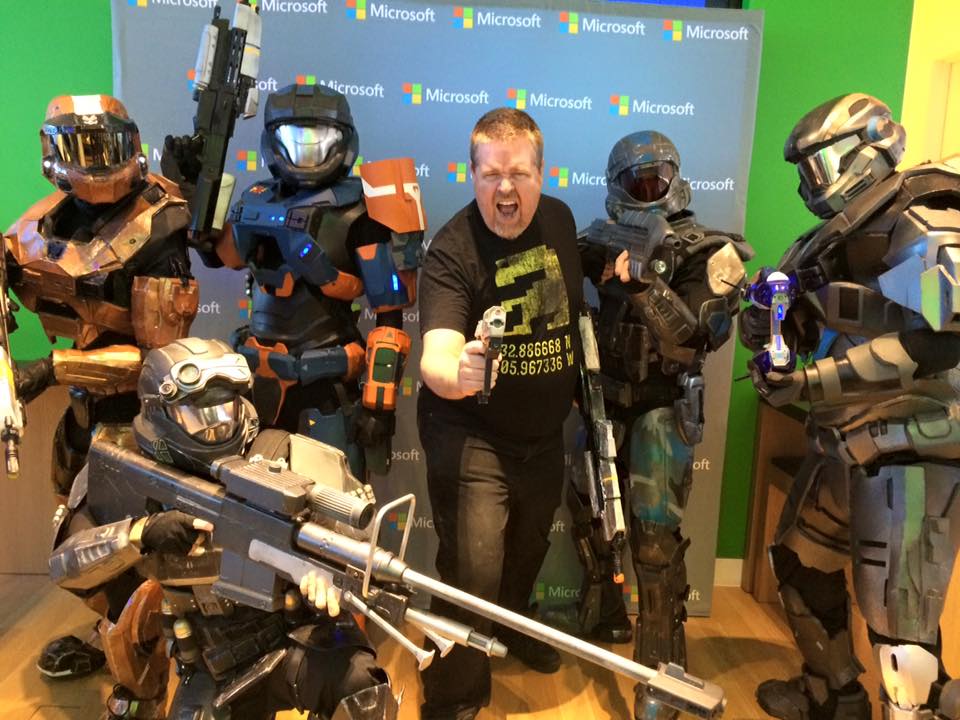 “I’m going back to the old-school for this one — Asteroids. Played it in a local bowling alley and got HOOKED.”

“Extra Life and other charities, depending on what type of game is involved.”

“I just have such a great social outreach, and I figured I could use that for the greater good. That, and my partnerships with some of the best video game publishers out there. They’re great people.

And I’d say that the opportunity I had for Extra Life came when I got egged on by my friends to join a guild. That, and getting to see my buddy Jeromy Adams again. He’s got a good devotion to this sort of thing and it’s great to see.

I have never felt so humbled to know the people that I know as I do when I say that.”

“Through social media, mostly, but meeting with local stores and guild members is fun as well. Really fun to get the word out.”

“I’d say doing some good for the community in some form. It has a way of reflecting back on you that’s really something.”

“I just give back what I can so that others can benefit. That and I’m a big guy, so, yeah, never hurts to make use of a big heart.”

Thank you Robert! You can support Robert and his endeavors with Extra Life on his participant page. Are you a Big Hearted Gamer? We would love to hear from you! Strike up a conversation with @bigheartedgamer on Twitter.