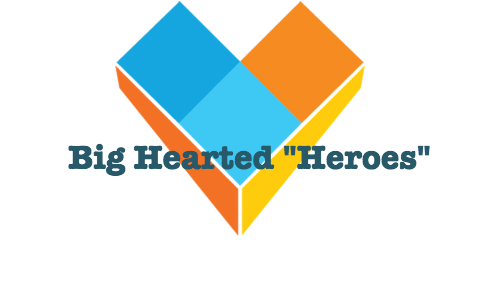 Here at BigHeartedGamers.com, we love to highlight individuals within the community that support charity through gaming. Among the questions we ask is “If you were a video game character, who would you be and why?” Enjoy these responses and remember these Big Hearted Gamers of 2016 (and few from 2015)!

Honestly? No one. I like being me, and I like being able play as someone else in a fantasy world, or a sci-fi world, or some other kind of world that doesn’t exist in our plane of existence. That’s what makes games great! You don’t have to give up being yourself to be someone else, you can just plug in, have fun, and come back down to reality any time you want. What more could a gamer ask for? 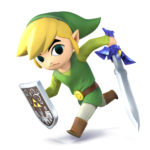 I think I’d have to go with Link from the Legend of Zelda series. Of course being the hero that saves the day always has a nice draw to it, but his journeys are always so thoroughly enjoyable. Meeting interesting characters, solving tricky puzzles, and fighting the forces of evil using little more than his own strength and the tools he has available makes for a worthy adventure in my book. Plus, I’d love just once to fire a hookshot at a wall and ride the chain all the way up. So dang cool! 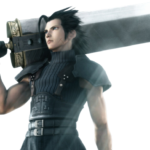 Zack Fair from Final Fantasy VII. Everyone always says that Cloud Strife is one of the coolest characters in all of gaming. Well… most of what Cloud accomplished was actually Zack’s memories. To me, he was a true hero before he was gunned down by the same organization that he worked for, Shinra. I love his attitude, it’s carefree and he is such a hard worker. When given a task he doesn’t blow it off, he accepts no matter what the challenge is and is determined to accomplish it. He had a sense of humor as well but when things became serious he was ready for anything that was thrown his way. He is such a powerful character that I wish he would have lived on. True story: even though Aerith’s death was unexpected and it’s seen as one of the most iconic deaths in all of gaming, I did not shed a tear. It was sad that she died and I never saw that coming when I first played FFVII. However with Zack I knew he was going to die because he was already dead in FFVII but when I saw the death scene in Crises Core FFVII I just about bawled my eyes out. That’s when I knew I cared more about this character then any other because he gave his life to save Cloud. His spirit, determination, sense of humor, and selfless sacrifice is what I want to have in terms of characteristics. To be a hero, just like Zack Fair.

This is too hard! Commander Shepard? A female Nathan Drake? ( I guess that would be Lara Croft :P) Someone who is strong, has a sense of adventure, and always chooses the Paragon option. 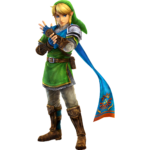 Link (from legend of Zelda, obviously). The reason why is the same reason I raise money for charities. I like doing good and I like being a stalwart hero. Recognition not required. 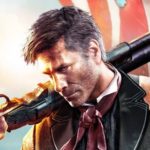 I actually had to think really hard about this one. I suppose because I’ve always thought about what video game character I would WANT to be, rather than which character I currently relate to the most. After a lot of thought, I’d have to say my video game persona would be Booker from Bioshock Infinite. First and foremost, he’s a veteran like me, so that’s cool. But I think where I really connected with him is the fact that he’s human. He’s made mistakes, he’s got regrets and skeletons in his closet, but at the end of the day, he just wants to make the world a better place, and better himself as a person. What I liked most about him is that he never claims to be anything more than he is. He’s not superhuman, and he’s certainly not invincible from damage, be it physical or emotional, but he really does his best to brush it off and be the best person he can be for the people (Elizabeth) that mean the most to him.

I would be my character from Final Fantasy XI or XIV. The characters names are Kusan. Kusan is an online representation of me in the greatest way and even has a kick ass beard. Playing Final Fantasy XI as Kusan was the first place in the world I felt safe just being who I was. As silly as it sounds being Kusan made the real me confident and proud to be who I was. 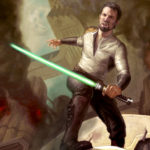 Kyle Katarn from the Star Wars: Dark Forces series. He’s a guy who sort of lost his way, but found he can do good things if he puts others first. 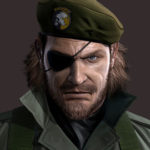 I’d have to say Big Boss before the events of Metal Gear. Even though he’s considered a legend among his peers and, later on, becomes the leader of a massive organization, he’s still not above seeking out help from others. He was focused on what he wanted to see done, even if it was to seek revenge most of the time…lol. 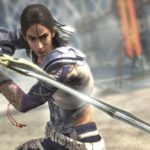 Oh boy…don’t ask me that..I can’t pick just one…can I frankenstein myself into like 10 different game characters? Haha! If I had to pick, I would say either Link from Zelda, because I absolutely love the Legend of Zelda lore and every game as been amazing or, Kaim Argonar from Lost Odyssey. I want to live long enough to see the amazing advances this world goes through and since he’s both A) a certified badass and B) Immortal, I think that’s a good combo to watch the world evolve.

Having the Overwatch beta fresh in my mind, I’d have to say Pharrah. She’s a powerhouse, has excellent choice in armor colors (teal ftw), and can knock out her opponents like nobody’s business. She also has a jet pack and a rocket jump. I’ve always had a soft spot for characters who can get airborne.

If I were a video game character, I’d be Ness from Earthbound (Mother 2 for the cool kids!). When I was a kid, I was always moving around, switching schools, and wanting to be close to my friends, and not distant and knowing I’d leave in 6 months or a year. Ness was curious about the meteor in the beginning of Earthbound, and ended up on an adventure with what would become his closest friends. I always wanted that, and it’s something that I hope to give to the children I help through my charity work.