BeattheDev.org: Charity stream for the environment

Play a game and protect the environment? That’s what BeattheDev.org intends to do this week with a Developer vs. Streamer live event to raise charitable contributions for The Sierra Club. The Sierra Club was established in 1892 by preservationist John Muir. The Sierra Club focuses on keeping our green spaces green, promoting clean energy and water, and promotes the celebration of nearly 250 million acres of “Wild America”.

BeattheDev.org’s intent is to use this event to raise funds and awareness in support of protecting the environment, thereby securing a safe environment for the young people who enjoy many of the games in the competition. The event is organized by independent game developer, Erin Robinson Swink of Ivy Games, creator of the recent indie hit Gravity Ghost.

The Game Developers and Streamers will officially commence this competitive stream on November 20th, 21 st and 22nd (9am – 5pm PST), though there is definitely some “ramping up” happening prior to that date. Check out The Beat the Dev Twitch Channel to view the latest event. Over twenty different developers and streamers will compete for donations for one of America’s oldest charities. 100% of the contributions raised will go to The Sierra Club.

Watch as Uncharted 3 developer Richard Lemarchand takes on streamer Criken. Bite your nails as The Stanley Parable’s Davey Wreden goes virtual toe to toe with smirking streamer, Outstar Walker. Be bewildered at the battle of the Burches, as streamer Ash Burch takes on Borderland 2 developer, Anthony Burch. All these incredible match-ups, and more will be available for your viewing pleasure this weekend. 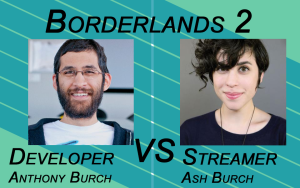 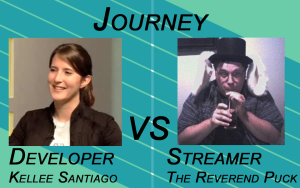 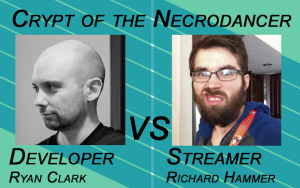 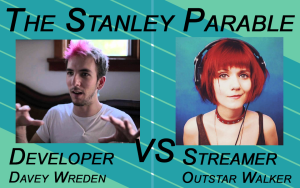 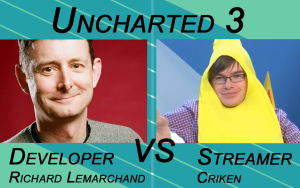 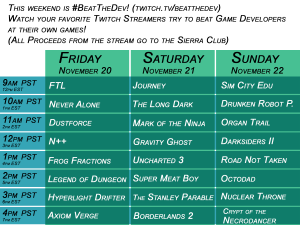