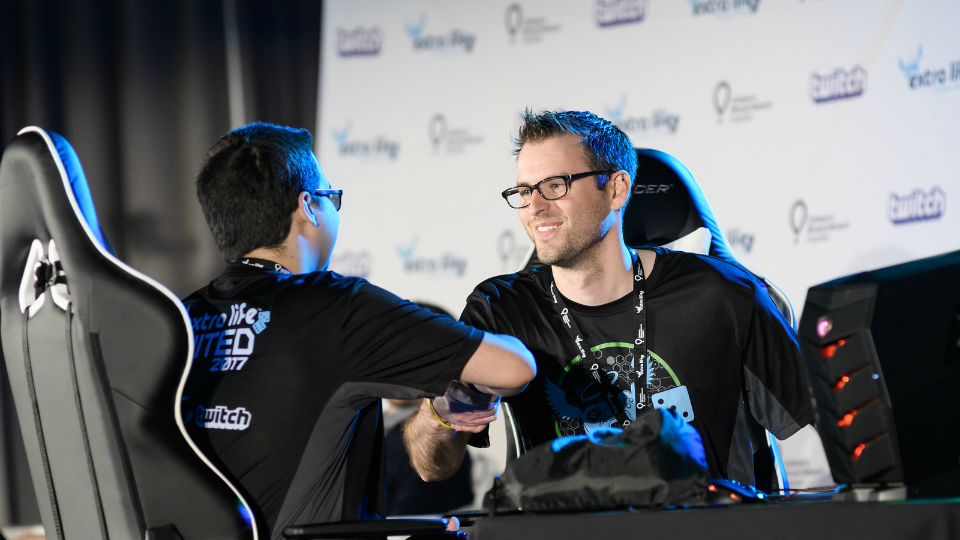 Super Mario Bros. 3. It’s the first game I recall beating as a kid.

Extra-Life. I’ve been team captain of Control Alt Defeat for my third year now and I’m currently the Marketing/PR chair for my local Extra-Life guild.

No, I’ve become so involved in Extra-Life at this point that I have no time for other charities or volunteer work and I’m content with that.

Watching Rooster Teeth’s Extra-Life stream before the event was national piqued my interest. When I learned I could support my local CMN hospital it sealed the deal.

During our 2016 campaign I offered to eat a grasshopper for every person who donated $100. I guess it’s both a blessing and a curse that I only had to eat one.

Meeting the champions from the individual CMN Hospitals. Those kids are so tough and so unbelievably cool under a ton of pressure. It’s great to see first hand the kids you’re helping and gives a great deal of perspective of the cause along with life as a whole.

My big hearted gaming moment came at Extra-Life ​United 2017. It was a humbling experience to meet so many gamers who are dedicated to such a great cause. The tournament participants were there to complete, but looking around the room the first night they weren’t acting like it. This was a group of gamers actively participating in games and conversations with kids from the CMN Hospitals, and everyone involved was having a great time. Spending just a short amount of time with gamers like Loomin, Hansard, Indomitable_dp, and Jack Patillo, to name just a few, made me fully realize the potential of Extra-Life. I feel like my fellow Extra-Lifers are family and I’m grateful and proud to game alongside each one of them.

Finishing first at Extra-Life United 2017 and bringing $21,000 back to the hospital. It was beyond my personal expectations and goal for the event. Especially after meeting the one and only Loomin in 8 total matches. It was surreal to spend a weekend with so many awesome people with a common goal.

Thank you Tim! You can support Tim and his endeavors with gaming for charity on his Extra Life participant page.