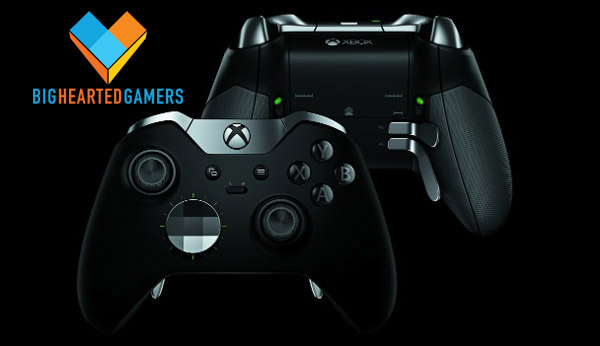 We’re raising awareness not only about the awesome Xbox One Elite Controller, but also about all of the BigHeartedGamers out there.  Comment below to let us know why you want to win an Xbox One Elite Controller.  You’ll earn bonus entries for letting us know about a BigHeartedGamer out there who is doing awesome things and who we should feature here!