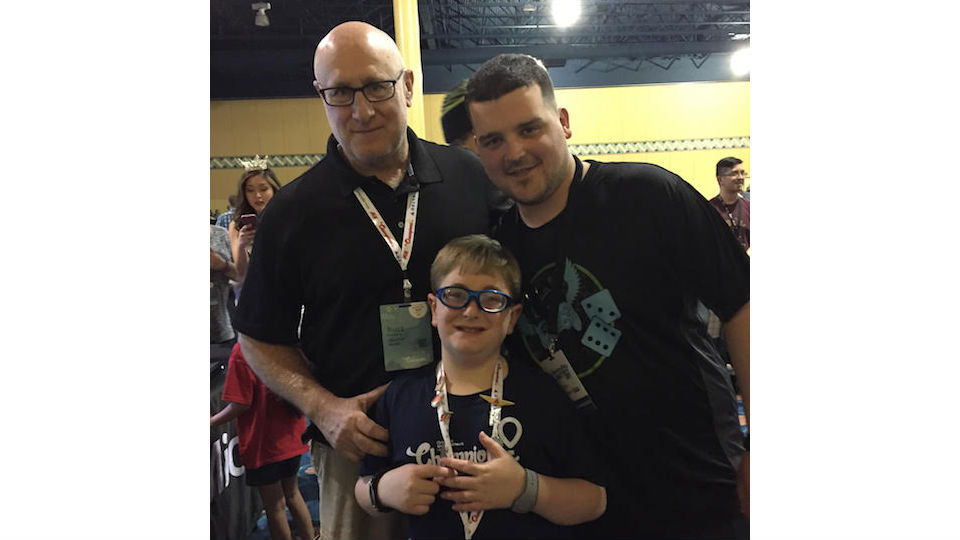 Well, this a multiple game answer for me. The very first game I can ever remember playing was Contra with my brother and I was instantly hooked, the skill and ingenuity it took to master that game intrigued me deeply. So I would have to say it was Contra that started me on my gaming path. However, I’m also a very competitive person and loved facing my friends in anything I could, so when Xbox Live came out, I was mesmerized. There was a game called Unreal 2: The Awakening. It’s a competitive, class based, intense movement FPS which developed a love for competitive MP within me.

I didn’t even know about Extra Life until a few years ago when I saw someone supporting it on Twitch, I don’t remember who I was watching unfortunately. I’m not sure if I had a particular moment that made me buy in. I’ve always been passionate about helping others that are less fortunate and that was instilled in me by my mother at a very young age. My mother has done foster care for inner city youth for my entire life. Our house constantly had 13+ people in it, I have and had so many foster brothers and sisters I can’t keep count anymore. I also have 3 adopted sisters and 2 adopted brothers. I’ve also always been very passionate about gaming my entire life so when I found an opportunity to combine my two passions, I jumped at the chance!

I guess the most interesting way I’ve promoted my campaign was to wax my chest and armpit hair if I was to reach a certain goal, so yes, that video is out there somewhere.

There is absolutely no substitution for Extra Life United where gamers from all across the US descend upon Orlando to compete for cash for their local hospitals. This isn’t the best part though, the best part is what they call the “Pin Exchange” in which you get to meet all of these kids who have some of the most terrible conditions someone could ask for and they handle it so courageous and heroic that it gives you a different perspective on life. Just to see how positive and upbeat these kids remain through the hardships that they’re going through is awe-inspiring.

I don’t know if I ever had a moment but it was pretty cool to place at Extra Life United and bring home money for my local children’s hospital for two years in a row now. Because I also do this for my cousin Joseph. He was born with a genesis of the corpus callosum which is a rare brain disorder in which the two hemispheres of your brain are not connected and can lead to a myriad of different issues. He has undergone multiple surgeries to expand his skull to account for the extra fluid on the brain and doctors didn’t even think he was gonna walk or talk, while he is certainly delayed, he is doing both now! The best part? He is a gamer too!!

My most prominent success is raising money for children in need, there is no better success or memory than that.

Thank you Justin! You can support Justin and his endeavors with gaming for charity on his Extra Life participant page.