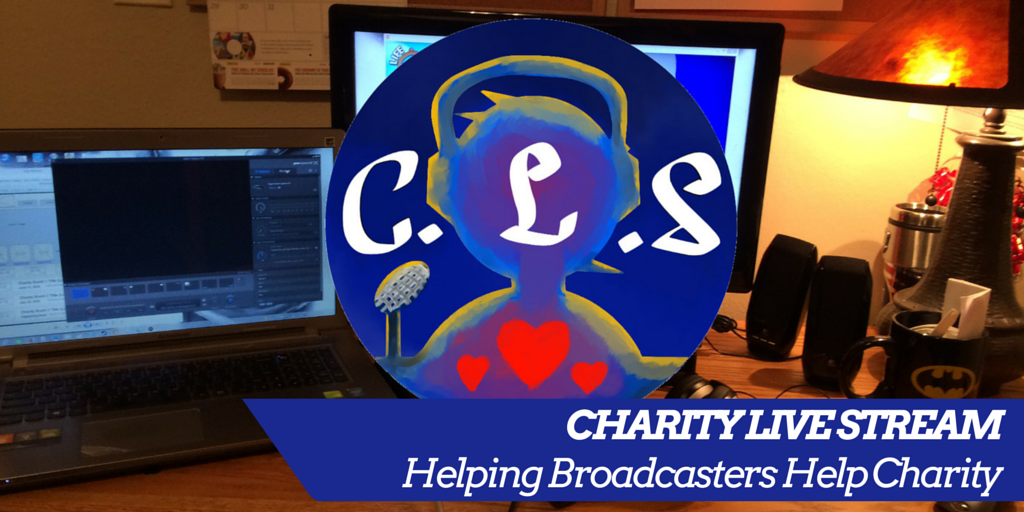 What is Charity Live Stream?

It started simply enough. Several ideas jotted down on a piece of paper in February of 2015 outlining a new idea for a new business venture. An idea to centralize thousands of gamers that raise money for charity. Every year video game driven events raise millions of dollars across the world for various charities. These communities are passionate, diverse and eager to play, work and sacrifice for their charity of choice. Mark Svetik’s idea is to bring these charity events,  participants, charities and businesses together in one place, Charitylivestream.com.

From paper to reality, Charity Live Stream (CLS) has had an exciting leap onto the scene with nearly 150 members, over 50 events submitted by 35 different groups and has helped raise over $25,000 for various charities. In just over a year Svetik has managed to set an impressive foundation for an ambitious endeavor. Though, before Svetik scrawled upon that piece of paper he was working with various startups in the San Francisco bay area. After parting ways with one particular startup, Svetik began contemplating his next move. It was successful charitable gamer and YouTuber Markplier that sparked this idea.

“The day I parted ways with that start up, I had come home, I was kind of in funk, I was doing what every person does. ‘What am I going to do next?’ My fiancée comes to me with two videos that Markplier had put out recently,” Svetik recalls. These videos were Plier’s milestone 6 million subscriber celebration and a video titled the “Pursuit of Happiness”.

Svetik explains that “in it (the video) he says ‘no matter what it is you want to achieve, anything at all, the only thing you have to do is start.’ He goes on to talk about how, no matter where you are, no matter how you start in life, by taking that first step and then taking the next, and taking the next and the next, if you have a goal, or you want to achieve anything than you can.”

That’s when it clicked. That’s when Charity Live Stream began to swirl into existence. Svetik thought ‘hey, you can’t do a Google search and find out when charity streams are happening. There is no SEO, there is no website.’ He nearly passed on the idea, surrendering to the fact, hope or dread that someone else will probably end up creating a community like CLS or something like it, but Svetik’s idea took root. He had experience working with and for startups, it was time he did it himself.

A Startup with Heart

Unsurprisingly that meant that the endeavor has been funded out of pocket. Using savings and earnings through a Patreon endeavor, Charity Live Stream began its journey. Eighty hour weeks, months of research and countless sleepless nights grew into the foundation for gamers to gather their efforts for charity. How does a platform like this become sustainable?

To be clear, CLS does not take a portion of any donation nor does it ever intend on taking a portion. Also the basic usage of the site is free, which includes a standard account and the ability to post your event on the community calendar. The user can pay for a premium account that will eventually make available more resources, profile page layout templates, and easily usable content for charity streams. As of this writing, the only premium feature available is an auto-content generator that is to be used with a social media management tool (Buffer, Hootsuite) to schedule social media posts during the stream, so the streamer can focus on the event. The next premium feature will likely be a portfolio of over 3,000 images to be used in social media, on your CLS profile page and what have you. As of now, users interested in the premium platform can support CLS’s Patreon page starting at the $5 tier.

“I come from marketing operations background and one of the things I wanted to do with the site was to give people the knowledge, tools and resources to boost the effectiveness and efficiency of campaigns. To me there’s so much good that has been done so far with people doing charity stream,” Svetik says. “What I found is that everyone has been able to achieve so much without having a central to place to learn and grow their skills and to collaborate. There little pockets of people here and there, but I look at the good that the community has done and the good that it could potentially do, the untapped potential is enormous. You look at some of the groups and the amount of money that has been raised just in the last few years and it is only going to grow. Live streaming as a medium is going to get to bigger, Esports is certainly exploding, Twitch which was bought for nearly a billion dollars several ago is expanding into more creatives, turning it into interactive television watching and other staple content. The community itself rallies around it. This new form interactive entertainment, that anyone can take step into. That’s the part I really love.”

What’s not to love about playing games for charity? The interest and support for charitable giving and gaming is clear. In 2015, Desert Bus for Hope (for Child’s Play Charity) raised nearly  $700,000, Awesome Games Done Quick raised over $1.2 million, Extra Life raised over $8 million and the list grows every year. Gamers want to participate and people want to contribute to causes. Svetik wants to make it even easier to bring them all together.

Why We Play Games for Charity

“If you are a gamer, then you’re the type of person that can pick up someone else’s story and you can live through the exact same events that anyone else who picks up that game lives through,” Svetik says. “But as opposed to a book or a movie, your actions in a game are completely unique. That allows for bonding with others who share share your experience that you don’t usually see in other types of mediums.With gaming as a medium, people play games and watch others who play games that is a way to relate and it’s a form of entertainment. Here is a group of who will willingly go and spend who will spend hundreds of hours prepping for an event creating live continuous content for 24 hours straight. That aspect to me is not only indicative of the passion that community has, but really why I feel that charity live streams are going to be the next generation of fundraisers.”

It’s ambitious, daunting and maybe a little crazy to start a project like Charity Live Stream. The community of charitable gamers grows everyday. Organizing their intentions would enhance how we think about and help grow the new frontier of fundraising in virtual space. Svetik’s quest is far from over, and there is still much to be done. The unknown factors don’t seem to dissuade his resolve. In fact, it seems they push him forward, down the path to Charity Live Stream’s inevitable launch.