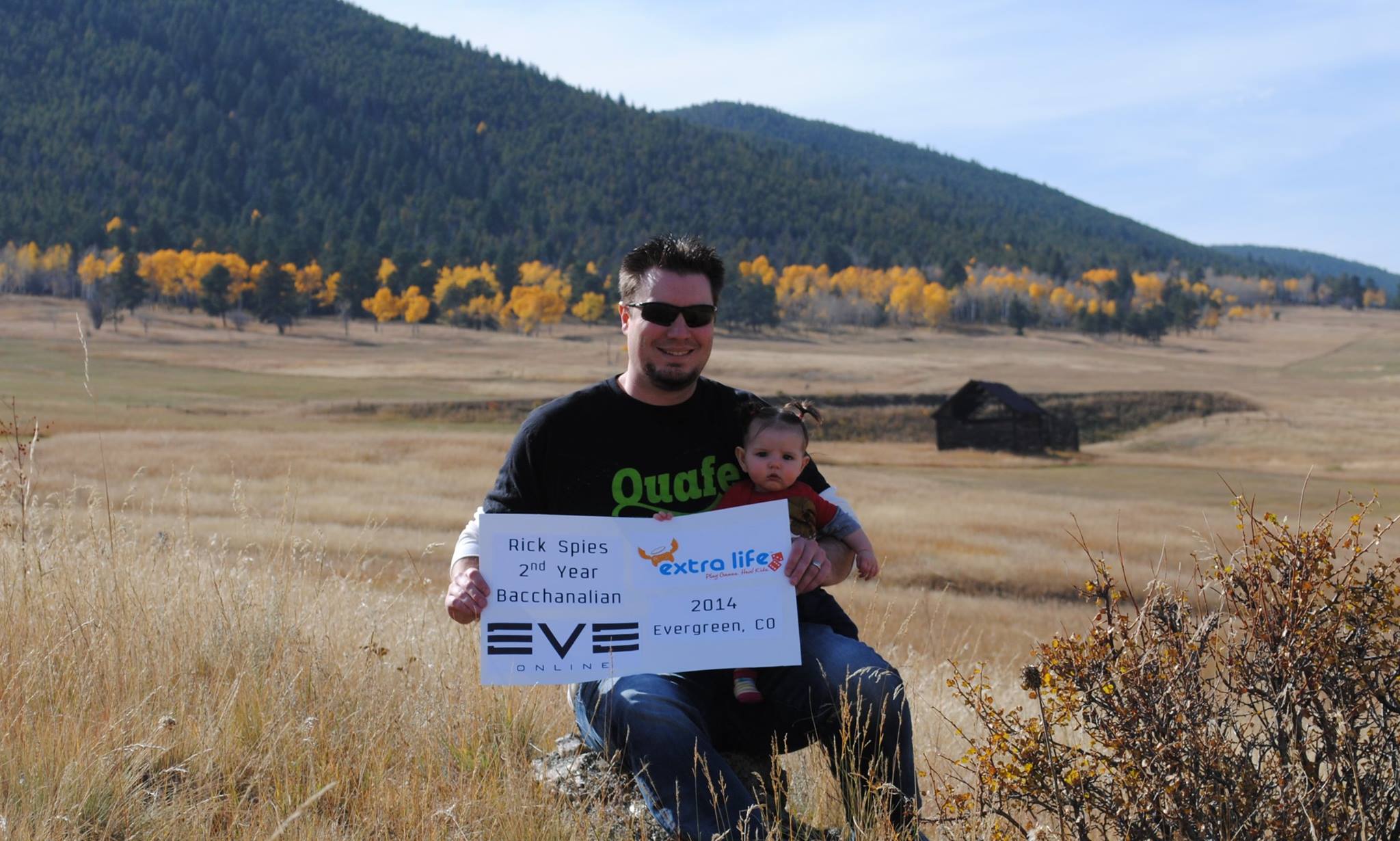 “I’ve been console gaming since I could hold an Atari controller. Diablo II converted me to PC gaming.”

“My first year of Extra Life, it just seemed like a cool idea and my girlfriend had kids, so it made sense. By year two, I was a stepfather and had a baby of my own. By year three, a friend’s 7 year old daughter was fighting for her life against neuroblastoma (she has since lost that fight). So it went from “fun” to “this is a big deal” to “this is a lifetime commitment”. It was a slow and steady evolution and is now something that will be with me the rest of my life.”

“Social media primarily. Last year I had a partnership with CCP Games, the company that makes EVE Online, and ran an in-game event with their help to raise awareness and donations. This drew a lot of attention from gaming blogs, podcasts, the EVE Online devblog, and even my local newspaper. I was also flown to CCP HQ as a player-commentator for their yearly international tournament, so I was able to speak about Extra Life and my event on the live stream in front of nearly 20,000 viewers.

This year I’m hoping to repeat that event, but I have less support from CCP and am not a player-commentator, so I’m hosting an event in my home, inviting all of my friends and family for a $20 donation to come game with us during the marathon. Several members of my team will be in attendance and we’ll have consoles including Atari, NES, SNES, N64, PS4, Wii, WiiU, and the XBox One as well as a D&D station, an MTG table, and a network for PC gaming.“

“This year, I created Team Savannah to honor my friend’s daughter. Initially to inspire her in her fight, now in her memory. We created team bracelets in her favorite colors, with Team Savannah, Extra Life, and her family’s mantra printed on them. The last time I saw her, she was absolutely glowing when she realized that my whole family was wearing these bracelets. She was ecstatic about the idea that we were running a gaming marathon to raise money for her hospital in her name, and eager to attend the event and participate.”

“In my gaming communities (guilds/clans etc) we have a history of helping each other out. When one of our members was unemployed and facing eviction, we raised enough cash for him to pay rent long enough to get to his first paycheck. When another was swamped with medical bills, we raised money to help with that. It’s just the sort of thing we do, and our group transcends a dozen games so whatever we’re playing we’re doing it with other members of the group.”

Thank you Rick! You can support Rick and his endeavors with Extra Life on his participant page. Are you a Big Hearted Gamer? We would love to hear from you! Strike up a conversation with @bigheartedgamer on Twitter.